I stalled on my genealogy tree, so I started working on my husband’s instead. Meeting some of his relatives a few weeks ago, whom he hadn’t seen in over 30 years gave me an incentive.

I now make fun of him, because he seems to be as much of a descendant of Sacagawea (his family legend) as I am of Queen Victoria (my fantasy). And although he’s 100% American, I have more “famous” people, ancestors with a documented history than he does. So I win! I found him a Union soldier, train engineers and dozens of farmers.

Yesterday I was checking out the records on his great uncle, his namesake, his mother’s mother’s brother, who worked in the oil industry in East Texas during the oil boom in the early 20thcentury. He had two teenage sons, Boyd and Loyd. Personally, I find those two names together funny! They also had a younger son. Then, poof, a death certificate shows up for one of them. I expected another middle-aged man dying of mitral insufficiency, or heart attack (since most of his relatives died of heart related conditions), but the cause of death reads “explosion”. Age: 15 years, 10 months and 8 days.  I assure you that stops you in your tracks. Explosion. Gas Explosion. Accident. 1937. I googled his name.

Not even 16 years old yet, Boyd died in the largest school disaster in the US. Gas leaked in the school basement and it exploded, killing close to 300 and injuring at least as many. His brother Loyd was seriously injured.

I found school pictures, written testimonies from the family, and newsreels on Wikipedia on the accident. 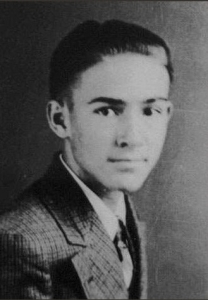 Join 7 other subscribers
Follow My Meemaws Vindaloo on WordPress.com